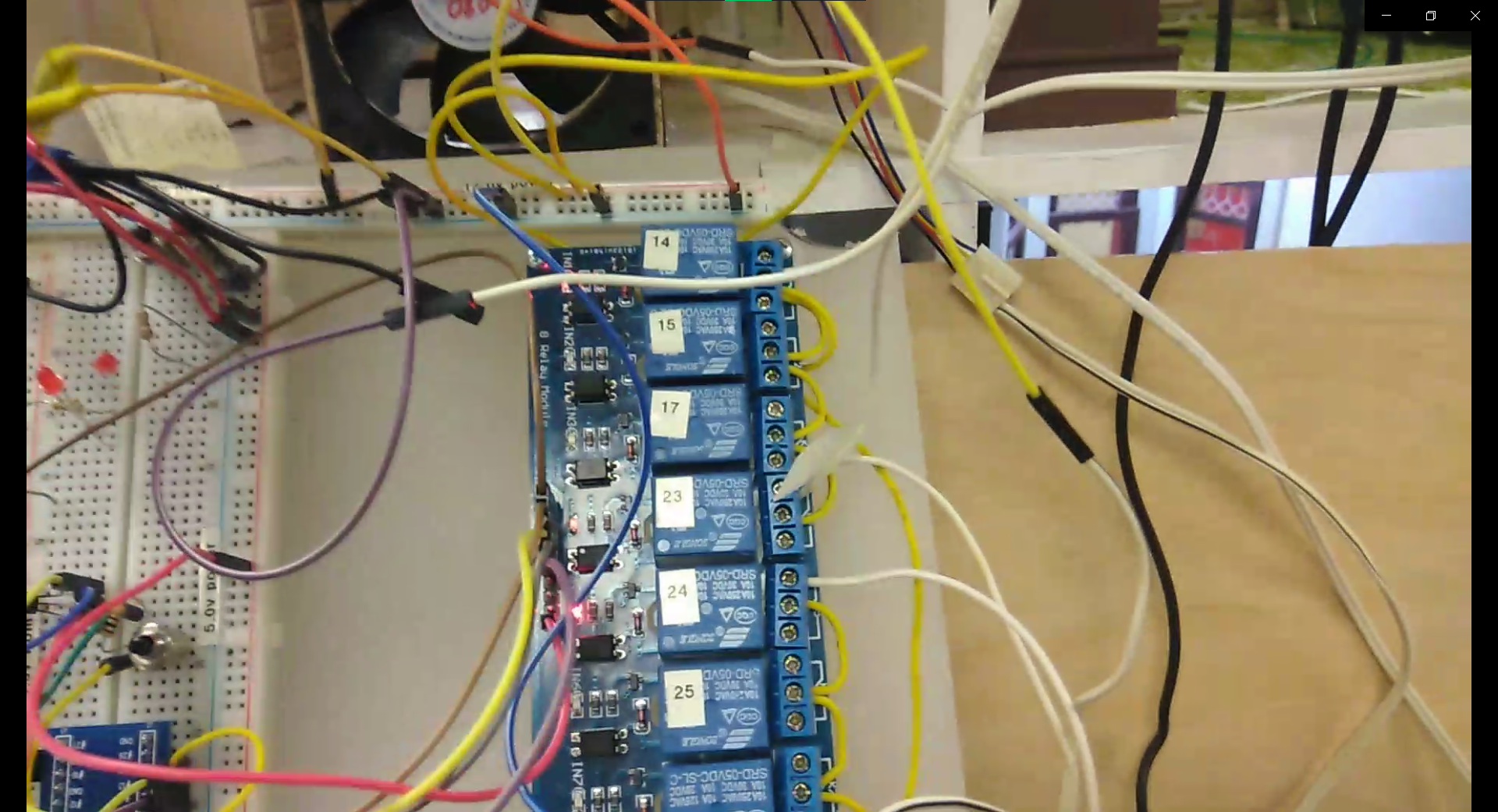 Unfortunately, I did not have the foresight to make a better presentation when this project was completed. Below you can find the videos I made for class and some screenshots of the projects.

The purpose of this project was to take a pre-made Raspberry pi project and synthesize something more out of it. I originally had a simple program that connected html button controls on a server to GPIO ports that used a breadboard and switches to send power to LEDS. I expanded on the project to create an interactive dollhouse inhabited by a ghost. The audience victims progress through each little room, looking in through the window, as the ghost tells them about their home through “hidden” speakers, eventually tricking the viewing into opening the windows and releasing the ghost into the “real world” complete with external lights and motors that would move other things in the room where the display was set up.